Feeling lonely is more normal than you think… Page Contents

Feeling lonely is more normal than you think… 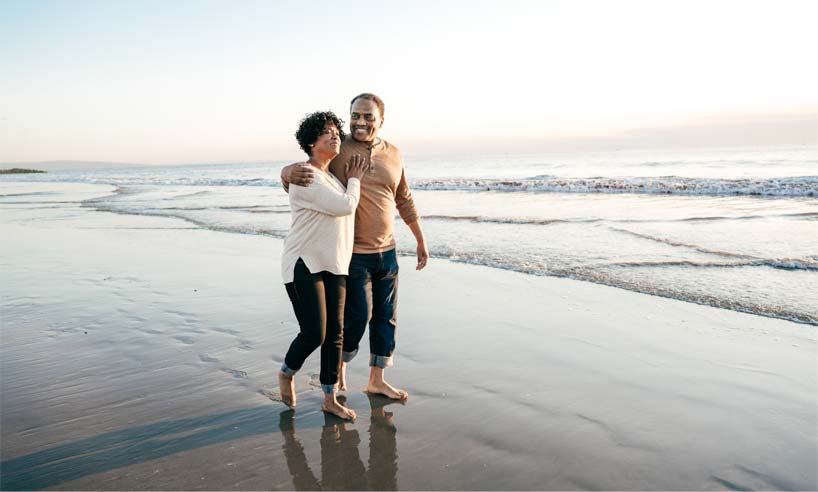 Loneliness is a massive issue in the UK, so much so, that the government saw fit to appoint a loneliness minister.

I think there’s a fair amount of stigma around being, or admitting to feeling, lonely. People assume that to be lonely, you have to be physically alone, and I don’t think that’s actually the case. You can be in a room full of people and still feel alone! Real connections are needed with other human beings in order to feel supported, accepted, and validated, especially if you’re to reach a point where you feel comfortable opening up about things that may make you feel vulnerable.

I was diagnosed with Ulcerative Colitis in 2007, and I had a stoma just one week later. I’ve had seven surgeries during the last twelve years, and spent the majority of that time unwell. I lost a lot of relationships during that time. I don’t know if “lost” is actually the right word, as it sounds almost as though I misplaced them, but I made conscious decisions to remove people from my life; mainly the people that I didn’t feel I could be completely honest with, or that got bored of asking how I was because I never seemed to be “well”. Those people made me feel isolated. They made me feel like I should lie and pretend that everything was fine all of the time. As far as I’m concerned, it’s not my job to sensor what I say so that other people aren’t uncomfortable – especially not when those people are supposed to be friends. I have gained many relationships too, so it’s not been a bad experience overall.

Having ongoing health issues can result in a lot of guilt, which stems from things like cancelling plans, saying no to social activities, thinking of yourself as “the moaner” of the group, or being the one that people have to adjust plans to suit.

I asked the online IBD and ostomy community if they had ever felt isolated because of their health, and I had a lot of people say that they had. I did notice, however, that many people chose to send me a private message, rather than to comment on my public posts. In some cases, this was because their health issues are not public knowledge, and in other cases, it was simply because they weren’t comfortable admitting it publicly because of the stigma they feel is attached to “loneliness”.

Most ostomates felt that isolation was mainly an issue for them because of the lack of understanding; and the preconceived idea that an ostomy bag was just something that the older generation had, or that they were smelly or gross, which can make it difficult to talk about. Being able to talk to other ostomates, whether that was online or in person at a local meet up was stated as something that helped them feel less isolated.

My personal experience of isolation

I have found myself feeling isolated on more than one occasion. The first time was after my diagnosis and stoma creation. I wasn’t physically alone; I went to work and I went for a drink with some of the girls after work on a Friday, but none of them ever asked about the few months I’d had off work, or about my stoma or the disease that had caused it. I knew they were aware of it, because anything one person on the factory floor knew, the other 60-odd women soon knew too. I still don’t know whether they didn’t ask because they didn’t care, or if they thought I might not want to talk about it. None of those relationships lasted past me leaving the job, so perhaps it was a bit of both.

I had a Jpouch created in 2008, which was connected in 2009. For a short time, I got a bit of my life back, but then Chronic Pouchitis became an issue. So, the second time I felt isolated was when I was in an awful lot of pain, struggling through each day at work just so I could pay my bills. On a Friday evening I would join my mum in the pub for a few hours. I found myself increasingly frustrated and angry that no-one seemed to understand how bad my chronic illness was. Flippant remarks really struck a chord, like “Why come to the pub if you’re only going to drink orange juice?” or “You can’t be that sick if you’re going to work.” The fact was, I couldn’t drink alcohol as I was having to take a lot of pain relief just to stand upright and make it to work, and my few hours in the pub with my mum was the only socialising I did all week! I didn’t want to have to explain that to people, especially when they had already made their judgements. I was working in social media marketing at the time, so I vented my anger and frustration online, and took to raising awareness of Inflammatory Bowel Disease and ostomies.

Suddenly, I was no longer isolated! I had found my tribe; people that understood my thoughts and feelings. It did not matter that they weren’t in the same room as me, because I knew they were always on my phone, in my pocket! When I had a stoma for the second time, due to an abscess and twisted intestine, they were a wonderful support network.

I went back to my Jpouch after 5 months with a stoma. The third time I felt isolated was due to a really long flare, which came with chronic fatigue, and then led to depression. I stopped talking to people, in real life and online, because I didn’t have the energy, and I didn’t feel I could provide the support and positivity they needed. I worked and I slept. I no longer had energy to cook meals, have conversations, or even to shower most of the time. It was a very long 18 months, and I missed the online community a lot. The depression only began to lift when I had surgery to remove my Jpouch in favour of a permanent stoma. Not being in pain was great, and my energy levels began to rise as I recovered. So, in this case, my stoma was my knight in shining armour, that rescued me from a pit of despair and loneliness – maybe I’ll make him a foil hat!

We’re all very different, and I think there’s a process that most people go through, almost like the stages of grief, before we can come to terms with it and talk openly about it. There are multiple other factors to consider which may affect how open someone feels they can be, such as the people they’re surrounded by, how long they’ve been unwell, or simply just their personality type. Sometimes, it’s just a matter of time, other times it takes finding the right people to open up to, and other times, it could take some form of professional intervention. Don’t be afraid to reach out to others, or to a GP! You don’t have to make feeling alone your norm!

Sahara joined the online IBD community in 2014 and it became apparent to her, very quickly, that whilst awareness is important, even more important than that is providing support to other patients as they navigate the stormy waters of IBD.

She runs #IBDSuperHeroes fundraising and awareness campaign, and the Facebook support group. She also writes about her IBD journey on her blog, gets involved with research whenever she can, and is a volunteer for Cure Crohn’s Colitis, where she donates her time and expertise in social media marketing and content creation.